How Did COVID Outbreak Affect the UK ECONOMY? 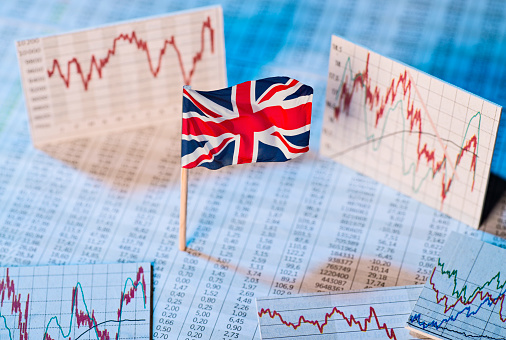 On January 31st 2020, The UK confirmed its first coronavirus case. Since then, the country is witnessing an increase in positive cases. The prime focus of the UK government is to save lives. In this regard, it is taking drastic measures. On March 23rd 2020, the UK government announced its first lockdown. Like other developed economies, The UK economy also suffered a lot. Covid-19 impacted the UK economy in various ways. When the government announced its first lockdown, many businesses were shut down. Apart from this, the government put limitations on the mobility of people. The exact magnitude of economic impacts is still unknown. More or less, it impacted every sector of the economy. It affected the GDP, employment and minimum wage. Apart from this, GDP growth rate and public healthcare were also impacted. This article aims to discuss the impacts of the COVID outbreak on the UK economy.

Even in modern times, the magnitude of economic impacts on the UK’s economy is very much unknown. The CEO of PhD dissertation writing service firm said that in 2020, the GDP of the country declined at a 9% rate. It was the highest drop in the GDP since 1948. There is an estimate that it would be the worst declining rate in three hundred years. In April 20020, after the first lockdown, the GDP of the UK was 25% lower as compared to the first two months of 2020. Economic activities were declining during this period. There was an increase in economic activity when the government lifted the restrictions. But at the same time, the positive cases of coronavirus were increasing. So, lockdown put a halt to all types of economic activities.

The outbreak of Covid-19 impacted the labour market a lot. In the beginning, people were losing their jobs at a much faster rate. There was almost no economic activity across the economy. Unemployment is still rising but at a slow rate. Since mid-March, more than two million people have claimed benefits. The government announced the Job Retention Scheme (JRS) to facilitate people. The current UK’s unemployment rate is at 4.8%. The economists are still expecting that this rate might increase by the end of 2021. The Bank of England is expecting the unemployment rate at 5.5% in the autumn. At the same time, it is expecting to decline this rate by the next year as the economy will start recovering. After the coronavirus outbreak, the government showed full support to its people. However, just like the other sector of the economy, financial wellbeing also got worse. According to Household Finance Index, it is the largest fall in financial wellbeing since 2009. After the lockdown, there was a severe increase in unemployment. Apart from this, there has been a decrease in public earnings since April. The confidence of consumers has been decreasing at a much faster rate since 2008. There is a clear difference between household finances and personal finances. These two are the most important factors of economic activity.

Almost every country of the world imposed lockdown. The prime focus of these restrictions was to avoid increasing coronavirus cases. The essay writing services firm share its experience that this restriction impacted the global supply chain. Due to lockdown restrictions, The UK’s trade was also impacted. There was a clear decline in the visits to the ports of the UK. Due to travel ban restrictions, flight traffic was also affected. Heathrow is one of the busiest airports in the world. In April, its traffic fell by 97% and air cargos by 62%. Any decrease in trade would lead to a slow growth rate. Once the growth rate is slow, it would put limitations on the economy to recover quickly. Apart from flights and cargo trades decline, fishing activities also went down at a 6.5% rate.

Coronavirus outbreak impacted the fiscal side of the economy too. The Office for Budget Responsibility provided an estimate in this regard. According to OBR, public sector borrowing would reach 273 billion pounds for 2020-21. But this tuned out as a wrong estimate and the new estimate is 298 billion pounds. It has been the highest government borrowing since the Second World War. Since March 2020, the Debt Management Office raised 80 billion pounds from auctions. In the 2020-21 fiscal year, UK’s budget deficit broke all-time records. It was due to an increase in government spending. Apart from this, taxes cover the major proportion of government spending. At the same time, tax revenue collection was also declined.

Due to disturbance in the global supply chain, oil prices witnessed a sharp increase. The UK government imposed a lockdown in April. Since then, the oil demand has decreased. When the oil demand was decreasing, there was a decrease in the prices. In 2020, the UK oil market witnessed all-time low prices by the end of the year. There is a saying that the oil prices and its demand will increase by the end of 2021. The UK government introduced different policies to reduce the oil demand. There was no economic activity, and the market was in a state of instability.

Exchange Rate and Balance of Payments: 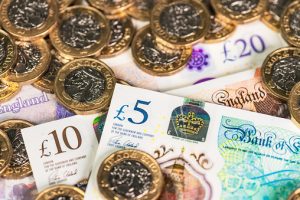 Since the outbreak of coronavirus, UK has become one of the major lenders of the world. Balance of Payment works with the help of the International Investment Position. IIP will maintain a complete record of foreign assets and liabilities. After the virus outbreak, UK’s economy is witnessing a record account deficit. As far as the exchange rate value is concerned, it also declined. This is because the government spending increased to accommodate people. This approach resulted in an account deficit.

The UK is one of the developed economies of the world. The outbreak of the coronavirus affected the leading economies of the world. In January 2020, UK registered its first coronavirus case. In April, the country imposed lockdown. Since then, positive cases have been increasing. Covid-19 impacted the UK economy a lot. Economic activities witnessed a record drop. Apart from this, government spending increased. As a result of that, the country faced a curent account deficit.